Are you a fan of store bought non-dairy milk alternatives? Have you ever wondered what are the ingredients or how was it made? How is it’s consistency and color achieved?

But how much do we really know about the ingredients of non-dairy milks that sit on our supermarket shelves, in boxes?

I bet that many people assume that, if a product (in this case the boxed non-dairy milks) is on the shelf of a store than it’s been tested and safe to consume everyday. The reality and a close check up of ingredients says otherwise!

Coconut milk and almond milk are the most popular purchases among non dairy milk alternatives at the health food store. You can also find the shelves lined with other milk alternatives, like hemp, oat, soy, rice, cashew milk etc.

But not all non-dairy milks are created equal. What are they made of? Well basically the nut/seed/grain itself and water right? Have you ever tried to mix oats with water and drink that? I bet it would be hard to swallow.

These days, it seems many food manufacturers are increasingly inclined to adding artificial, low cost, shelf life-extending substances to their foods, with little consideration to how those will affect consumers’ health in the short or long run.

So what the producers are doing, they are adding sugar, additives, flavorings to give an appealing taste plus preservatives to prolong the shelf life.

Even when a package advertises a whole food (such as nuts, seeds) many times you can find on the label a mixture of some cheap, synthetic vitamins in order to make you think they are healthy. Perhaps they assume that customers won’t even notice or care. But the fact is, many consumers do notice and do care. 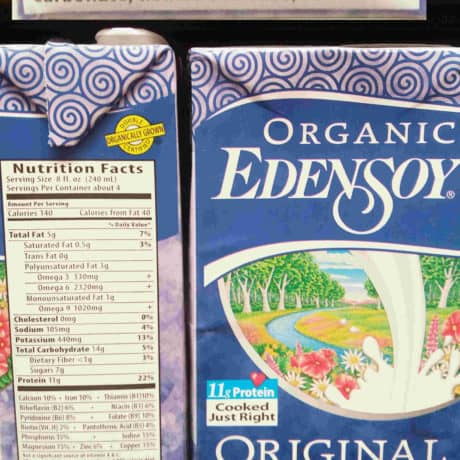 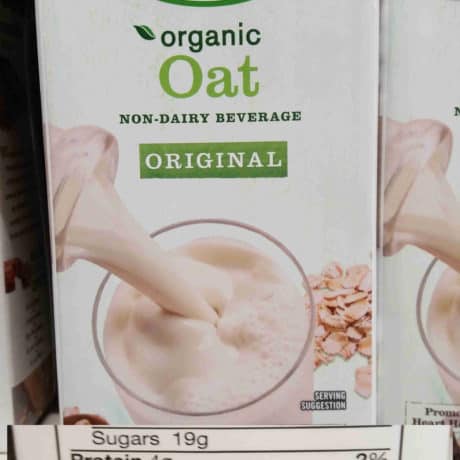 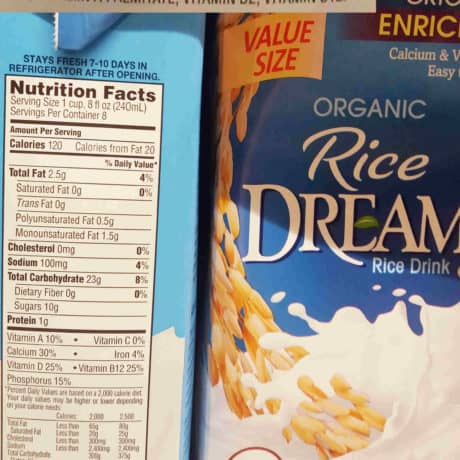 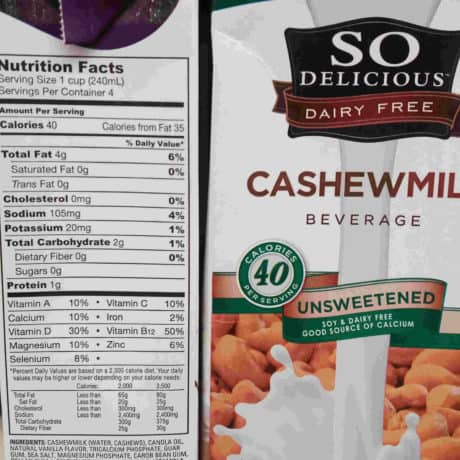 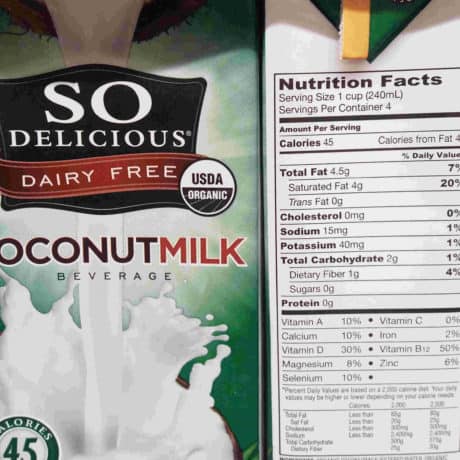 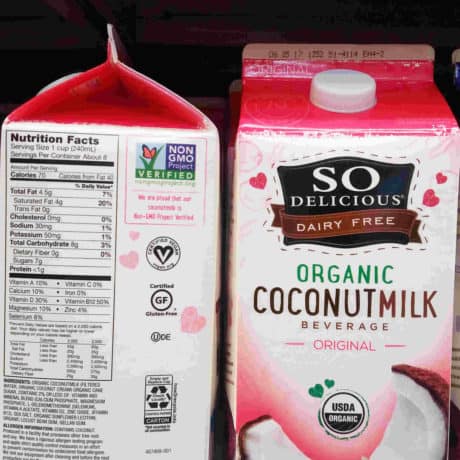 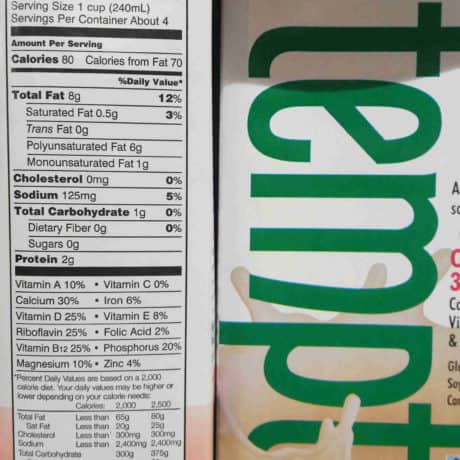 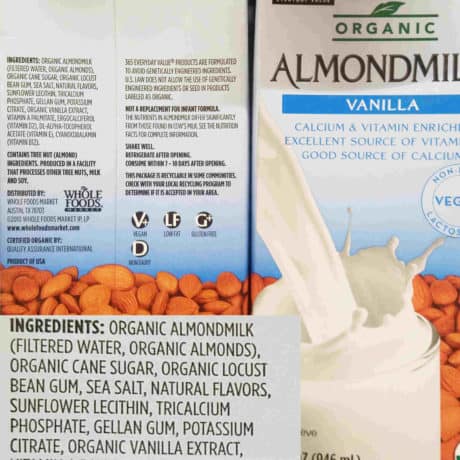 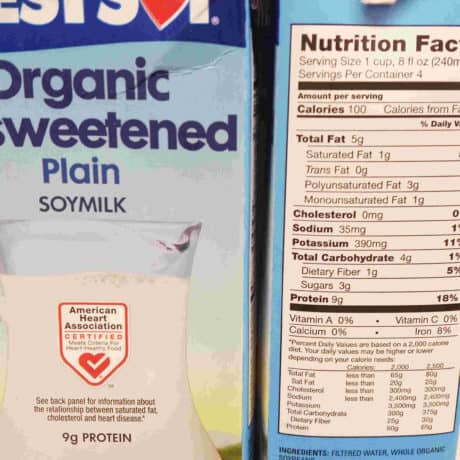 The most popular are evaporated cane juice, dextrose (corn sugar), brown rice syrup, cane sugar, maple syrup, sugar and dates. Some brands have zero sugar while others up to 19 grams per 8 ounce glass which is equivalent of 5 teaspoons of sugar.

Calcium Carbonate, Calcium Phosphate, Tricalcium Phosphate, Disodium Phosphate, Potassium Citrate, Magnesium Phosphate. These are used as acidity regulators, as stabilizers or taste intensifiers, or they may be used to avoid formation of clumps, also for improving the taste, appearance, and shelf-life. Unlike naturally occurring phosphate in food, which mainly takes the form of phosphate esters, phosphate in food additives is almost completely resorbed in the gastrointestinal tract. Phosphate is thought to cause vascular damage and to induce aging processes [1].

People with kidney problems, high blood pressure may want to avoid foods containing phosphates. If you get a lot of phosphate in your diet, it can cause you to absorb less iron, calcium and magnesium. It can also have a laxative effect, which can cause a lower absorption of other nutrients.

Another thing is that the phosphorus toxicology was researched on animals only, and it rarely accounts for food processing conditions such as cooking, which may modify its biochemical properties.

What are those? Synthetically processed or purified in a lab but from a natural source, a chemical originally found in your food then enhanced and added back into your food in a lab. The goal is to make a short intense flavor that quickly dissipates so you come back for more.

You can make (foods that aren’t as healthy) more appealing or even taste as if they’re extremely fresh when they may not be. More info about natural vs artificial flavors you can read here.

The good news is, some local companies use real ingredients like vanilla and maple syrup to sweeten and give a flavor, some even don’t exceed 3 ingredients on the label, but they are not cheap (image below). 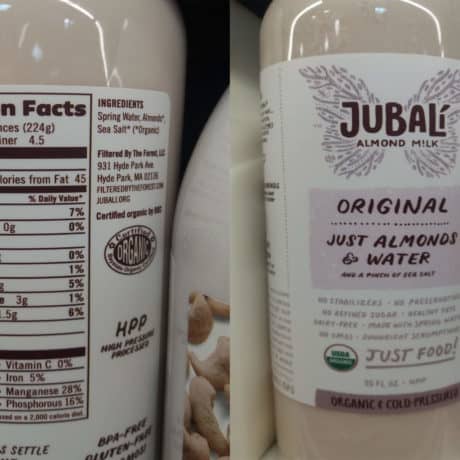 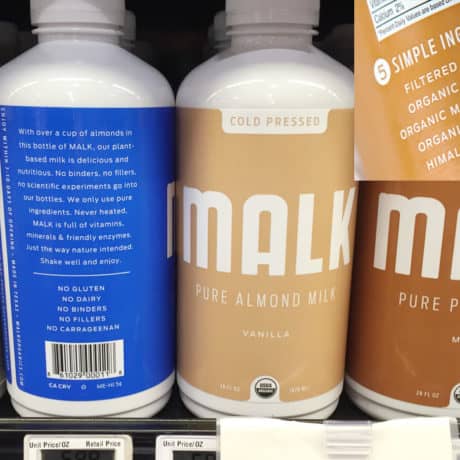 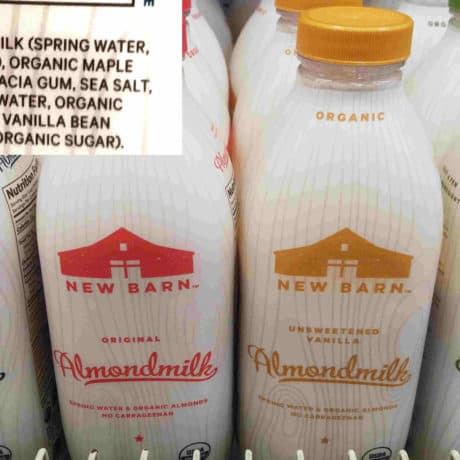 But still, you don’t know how much seeds/nuts/ grain they actually contain or if the milk was properly produced. Who will bother to soak the nuts or seeds in order to break down the phytic acid and neutralize enzymes inhibitors?

Xantham Gum, Carrageenan, Gellan Gum, Locust Bean Gum, Guar Gum, Carob Bean Gum, Acacia Gum. They are used to give the food a smoother or thicker consistency or as a stabilizer to keep ingredients from separating.

Xanthan Gum – consists of the secretions by a strain of bacteria when these organisms digest (ferment) nutrients in a sugary solution. Bacteria are cultured in a carbohydrate-rich solution and the sugary goo they release (bacteria ‘poop’) is then purified and solidified by mixing with isopropyl alcohol, the solid is then dried and ground into a powder.

Locust Bean Gum – also known as carob bean gum, is made by isolating components in a plant, as when the seeds’ endosperm is stripped from the husk, then ground, sometimes requiring treatment with a strong acid solution to remove the seed skin.

Guar Gum – is made from the endosperm of the guar bean, after the seed germ and husk are removed through heating and sieving. In some cases, the finished powder may be purified and clarified using ethanol or isopropanol.

Gellan Gum – is also made by bacteria cultured in a sugary solution like xantham gum.

Acacia Gum – also known as arabic gum, made from the sap of acacia Senegal trees, it’s found in shoe polish, glue, cosmetics and all over food industry. The common side effects of acacia fiber are bloating, gas and loose stools. Less commonly, it can cause allergic reactions, such as conjunctivitis and rhinitis. It also interferes on the proper absorption of drugs taken in oral form.

People who have digestive issues, food allergies or sensitivities seem to be at higher risk of being sensitive to gums. If you have conditions such as irritable bowel syndrome (IBS), small intestinal bacterial overgrowth (SIBO) it may be especially important for you to avoid gums as they over time alter a person’s gut microbiome and excessive intake may cause abdominal bloating, excessive gas, loose stools or diarrhea [3].

Vitamin A Palmitate and Acetate – a synthetic version of vitamin A, it is made from combining fish or palm oil with beta-ionone. Palmitate is attached to retinol (part of Vitamin A) to make the vitamin stable in milk. The World Health Organization puts palmitate in the same group as trans fatty acids.

Vitamin D2 as Ergocalciferol – synthetic form of vitamin D, made by irradiating fungus and plant matter

Vitamin B2 as Riboflavin – made with acetic acid and nitrogen or using genetically modified bacteria and fermentation.

Vitamin B12 as Cyanocobalamin – cheap synthetic form that’s actually bound to a cyanide molecule (which is a poison). Higher quality Vitamin B12 (methylcobalamin) is 100 times more expensive and is found in nature, but why use that, when this is so much more profitable.

According to FDA website which explains how to read the labeled information, that glass of packaged almond milk will provide 500 mg of Vitamin E and 450 mg of Calcium, it’s basically equivalent to 1 pill of a bottled supplement. So every time you drink a glass of milk you are ingesting the equivalent of multiple pills.

Some people are okay with that, but what about those people that are unaware. How many of you would agree to buy a bottle of vitamins without any information of quality or provenience, daily! Even if the box says “natural” it means that at least 10% needs to be plant-derived natural ingredients while the other 90% can be synthetic.

Sunflower lecithin, soy lecithin. Their role is to control viscosity, improve mixability, prevent adhesion of food products to each other.

Sunflower lecithin – is obtained the dehydration of sunflower seeds then separation of the seeds into three parts: oil, gum and other solids. Lecithin is obtained from the gum as a byproduct of this process.

Soy lecithin – first soybean oil is being extracted from the raw soybeans using a chemical solvent (usually hexane). Then, the oil goes through a ‘degumming’ process, wherein water is mixed thoroughly with the soy oil until the lecithin becomes hydrated and separates from the oil. Then, the lecithin is dried and occasionally bleached using hydrogen peroxide. On top of that, most of the soy grown in the US is genetically modified, so unless the label says ‘organic soy lecithin,’ it probably came from a genetically modified soybean.

Safflower oil, sunflower oil, canola oil. The natural form might be healthy but these are hybridized and modified oils, often partially hydrogenated and loaded with trans fats. The oil is so clear because it has been cleaned of all nutrients. Moreover, 90 percent of canola oil is genetically modified and sprayed with pesticides.

The making process involves refining, bleaching, degumming at really high temperatures and use of chemical solvents. This might be the reason that these are high in Omega-6 fatty acids (pro-inflammatory) which tend to sit in the cell membranes, increasing harmful oxidative chain reactions. Unbalanced levels of Omega-3 and Omega-6 fats have been linked to many types of cancers and a host of other problems.

The long term affects of human consumption of these additives has not yet been studies or at least studied enough, not to mention the combined effects. Many are just coming to light now as more reports of adverse conditions are linked to additives in foods. The artificial sweetener Aspartame is one example. The safe limits for consumption of these agents are based on assumptions and often provided by companies who make the additives. Moreover, testing for additive safety has been done for individual additives only, not for combinations of additives.

Some people are ok with that, and consider that the amount of additives is so small that it can’t affect us in any way. However, those small quantities used in food and consumed on a daily basis are cumulative and build up in the human body. Then, when this build-up (the human body does not recognize) reaches specific proportions, it can lead to unpredictable reactions and diseases. And it’s really hard to prove as the process is really slow. You can read more about health effects of synthetic vitamins vs naturally-occurring vitamins, from the Organic Consumers Association.

You will probably say, additives are everywhere and you can’t avoid them anyway. It’s true, you will find it hard to avoid the 10,000 food additives used in food industry. But you will make the right choices only if you know how to read and interpret all listed ingredients. Usually they are listed on the label according to quantity, the ingredient making up the largest quantity of all the ingredients is listed first, smallest quantity is listed last.

And if you’re not satisfied what you see, there is always the possibility to make your own non dairy milks from scratch. Check out some plant milk recipes here. It’s cheaper and healthier. 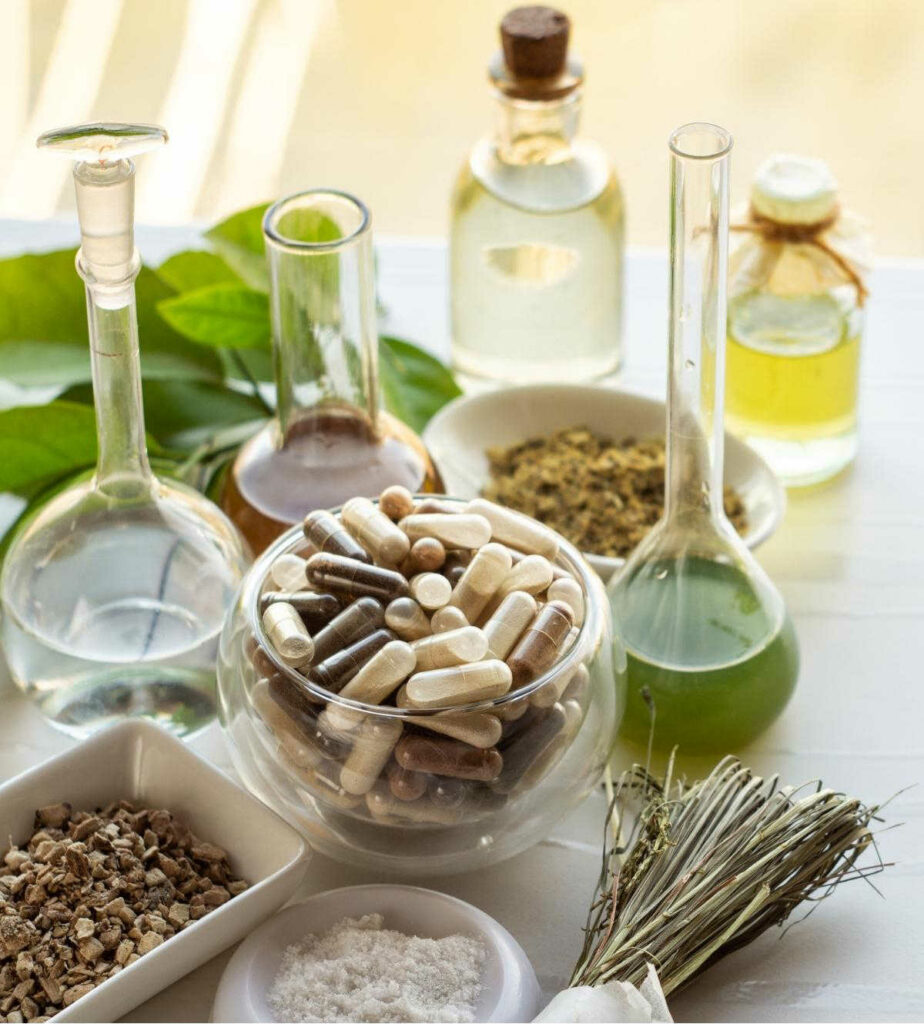 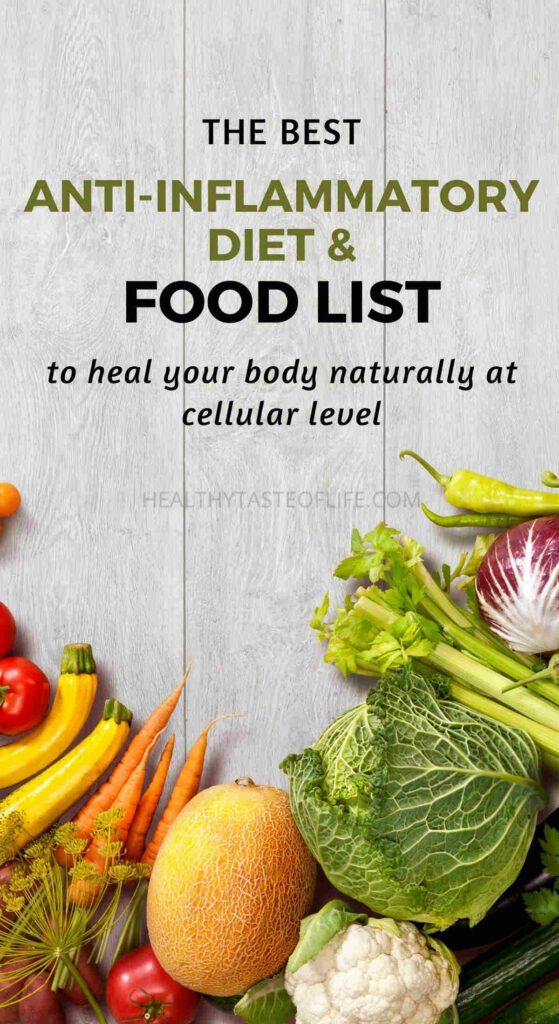 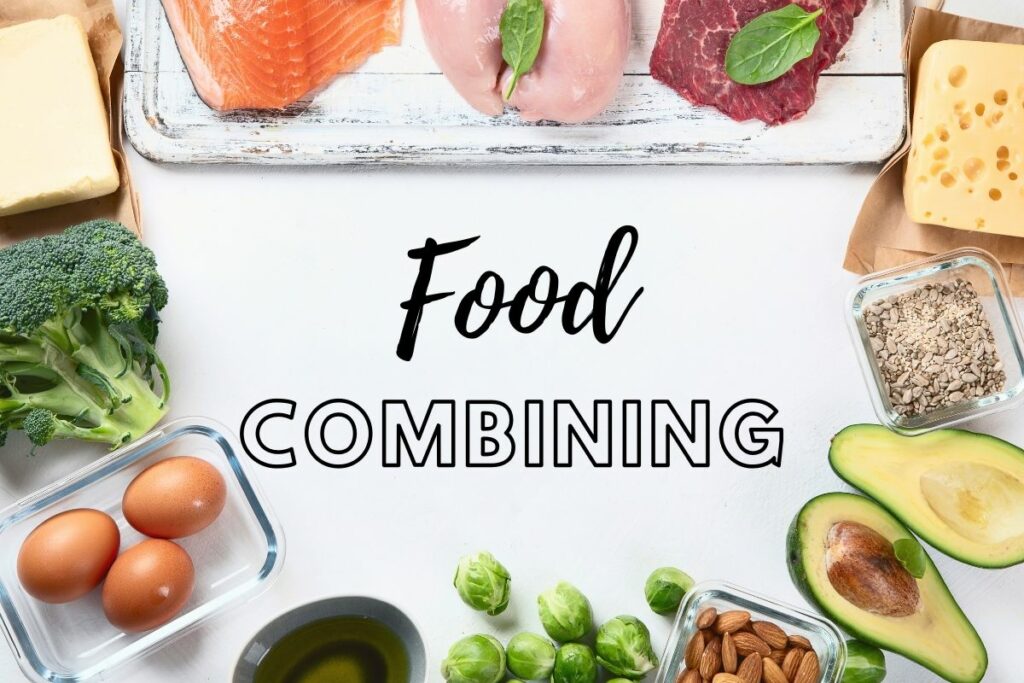 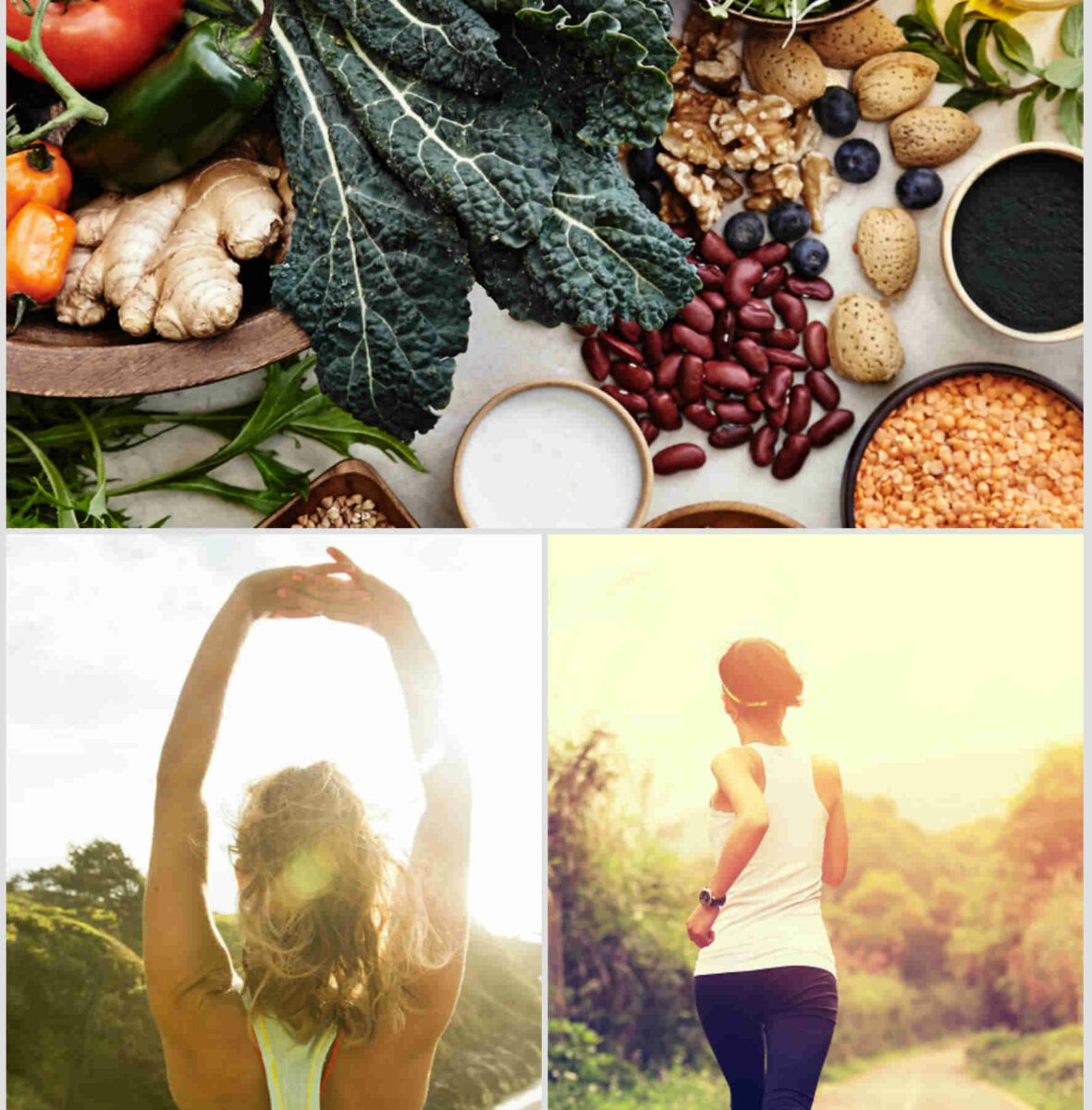 If you were to bring a line of oatmilk shakes to market, and had no choice but to use preservatives, what would you advise to use? Thanks in advance!

I think it's absolutely unessential to use preservatives in any plant milks. The shelf-life will be shorter, but it's possible.